The concept of team does not need any introduction. It is a collective of people working together towards the same objective. A team can be small or large, but the reason behind forming a team remains the same achieving the same goal with collective effort.

Be it in sports, in the military, or office – building a team is crucial. In the corporate scenario, particularly in the present time where people are working from different locations, the importance of a team and the team building process become absolutely crucial. Having an incapable and weak team means a chink in the corporate armor.

Therefore, to create an effective and efficient team, the leader needs to follow 5 stages of team development. 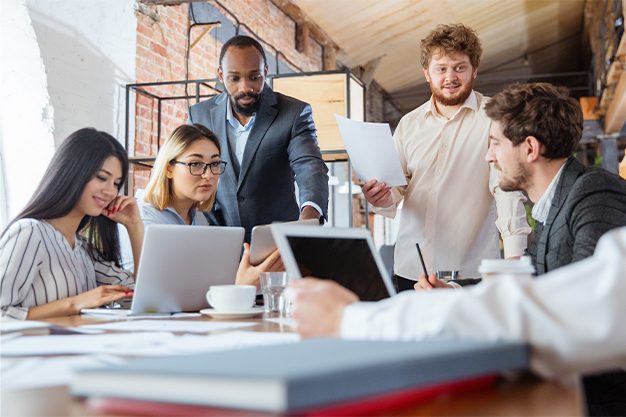 What is Team Development?

A team is a group of individuals who have a common goal, and they put the collective effort into achieving it. It is not necessary that every team member will have the same ability or skill set. On the contrary, it is desirable, and probably one of the most important stages of team development, to build a team comprising people from varied fields of expertise.

Though this may sound easy, balancing all the individuals and keeping them aligned with the objective is quite a difficult task, especially during periods of stress, failure, or discord. As a result, the team leader must focus on one of the major stages of team development – conflict resolution.

Why is Team Development Important?

An effective team requires constant attention. More dynamic the team, the more vulnerable it becomes to breaking and losing its focus. Team development is important as it ensures that the team continues to thrive in the long run.

What are Team Building Process?

As we talk about the stages of group formation, it is important to mention a number of things. A team leader ought to follow these steps or stages of team building to ensure maximum productivity and internal communication. –

The 5 Stages of Team Development and Team Building Process

What are the 5 stages of team development?

Well, Bruce Wayne Tuckman, a researcher, had published four stages of development all teams move through over time as a way to improve teamwork and help companies become more efficient.

These four stages are –

This is the Forming is the first stage of group development where the team leaders introduce the team members to each other. The team leader has to highlight each person’s skills and background to the rest of the team. Further, the members are also briefed about the project details and given the opportunity to organize their responsibilities.

The team formation stages are as follows –

What can team leaders can do to help in Forming?

A team does not always work in the desired manner. There are unforeseen and unwanted hurdles that the team needs to overcome. If your team faces any such issues, your responsibility as a team leader or project manager is to understand the problem and discuss it with your team members to reach a possible solution.

Tools to use for Forming: There are many team-management tools available. For example, you can use Zoom or Google Meet for your virtual meets and Trello to track your project pipeline. For internal communication, Slack is a popular tool that you can use.

For any team, large or small, disagreements are unavoidable. Especially if team members have a fair amount of experience and are responsible, they are more likely to form an opinion about a situation. In that case, there could be conflicts of opinions.

When you all work in the same location, it can be easier to resolve issues. However, for a remote team or to engage remote employees, you need to be more thoughtful about the tools and the processes that you use to identify and resolve conflicts.

First, create an environment for the team where they can approach the conflict more responsibly than fighting it out in private chats. Encourage them to bring any conflict to the notice of the team lead for a mature solution.

As a team leader, you will have to approach the conflict with an open mind. Hear them out before you suggest a solution. Be the last one to speak, and this is the group development process 101. 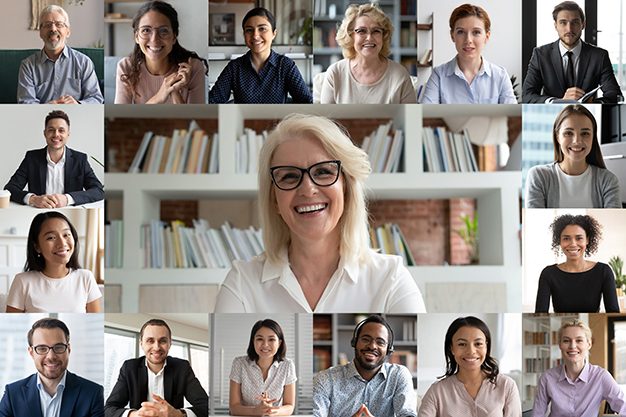 Norming – Set a System in Place

We all know that working from the office location is the most productive way to work. Team members can discuss with each other before starting to work. It helps them set and understand the project’s direction and progress. The team leader can also communicate with each team member to resolve any issues and guide them. However, it becomes a lot difficult to manage a remote working team.

To expedite the process of production and delivery, you need to set a system in place. This is primarily for remote teams where it is possible to assume things before you hit the deadline and see the progress has not been what you had expected.

A high-performing team is the dream of all project managers. However, it is not always easy to get one. A team is comprised of individuals with varying levels of focus and a sense of responsibility. Therefore, to ensure performance, the manager or team lead needs to keep the team in sync with each other.

Keep reminding the team to check in with each other regularly, without any micromanagement from your end. Micromanagement is detrimental as the team members may lose their focus if they have to frequently update their work status. This is especially important for creative and development teams.

Tools to use for Performing

You can use an excel sheet or Trello board to track the team’s progress and follow the project timeline.

Adjourning – The Essential Celebration After Achieving a Goal

This is one of the 5 stages of team development where your team needs to finally step back to see what they’ve accomplished. If the project is very demanding, withdrawal from the constant grinding is essential to motivate the team and also save them from any burnout.

You can have quarterly reviews to measure and celebrate the success. In case you have failed to achieve the desired team goal, it is the chance to take an honest look at what didn’t go well and pinpoint the room for improvement.

Tuckman’s 5 stages of team development were further analyzed by John Fairhurst and Alasdair Antony Kenneth White. White was a British management theorist best known for his work on performance management. He authored a paper called From Comfort Zone to Performance Management, where he examines the White-Fairhurst Performance Hypothesis from a theoretical perspective.

According to Alasdair A.K. White and John Fairhurst’s hypothesis, “all performance will initially trend towards a steady state, particularly after a period of performance uplift, and that steady-state will then develop a downward curve leading to a significant performance decline”.

Team norms, in simple words, are the unwritten rules that members need to follow. It is more like behavioral guidance that all the team members implicitly understand and obey. Initially, during the forming and storming stages, norms focus on expectations for attendance and commitment. Later, norms evolve during the norming and performing stages and focus on relationships and levels of performance.

It is probably one of the most important stages of team development where team members bond with each other and build trust.

Approach to Forming an Effective Team

You have already been introduced to the 5 stages of team development which makes it clear that building an efficient team involves more than just hiring individuals. For a team to be truly effective and efficient, its members must share the same vision and be motivated to reach the team goal. Commitment, trust, and a positive attitude towards the team norms can make the team efficient and effective.

Here are some key team formation stages which are crucial for a strong, cohesive, and effective team:

A team cannot be created and moved without a clear purpose. So, it is essential to clearly define the purpose of the team.

Select members with complementary skills and abilities. Diversifying the talent in the team is crucial. Achieving a good balance of personality types also enables the group to work together harmoniously but also challenge each other when necessary 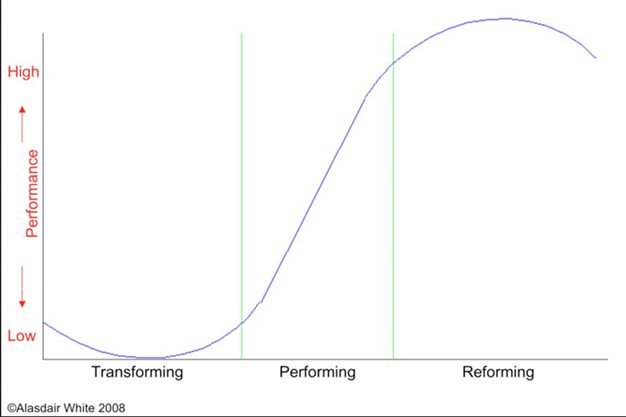 Define a standard of conduct or norm for the team and ensure that everyone is clear about the behavioral guidelines.

Periodic review of the team’s performance through team meetings and one-on-one catch ups is critical to ensure team progress.

After the review, it is important for the team to take a step back to look at the bigger picture. As per the 5 stages of team development, this is called adjourning. Analyzing setbacks and celebrating achievements keep the team motivated and also clear out the team’s future direction.

How Can Leaders Initiate Team Development?

A leader can follow the 5 stages of team development to make a great team that performs to the best of its ability. All the steps of team building discussed in this blog will help any team leader or project manager to create an efficient team that is committed to working together towards the same goal.

For the readers’ convenience, here are the steps of team building that a team leader should follow.

Communication should be the key focus in all the steps of team development, whether you are establishing team objectives, setting up team norms, or resolving conflicts.

A team is the backbone of every process-oriented business, and every business is process-oriented. If there is an SOP (standard operating procedure), there has to be a team that is committed towards meeting the organizational goals.