Networks connect us all in the modern world. Whether it is sending an email, posting a picture to social media, submitting projects or assignments online, everything requires a networked device.

A networking device is defined as an electronic device that is needed to communicate and interact between devices on a computer network. If this sounds difficult to understand, then let’s simplify this definition. Networking devices are hardware devices that connect computers, laptops, mobiles, printers, and other devices to a network.

Why Are Networking Devices Becoming Essential?

As a result of the Covid-19 pandemic, more and more organizations have switched over to the work-from-home method. Due to the increase of people working from home, the need for instant connection and fast sharing of information and files became essential. Every aspect of online life experienced a surge, from virtual meetings to online classes to online shopping.

The need to connect instantly for work or classes becomes challenging using just your mobile data. In such dire straits, networking devices like Wi-Fi routers and modems come in handy, especially if you are working from home.

In case you are a teacher and giving tuitions from home, you may find great deals on online teaching tools that are available on Amazon Business.

What Are the Different Types of Networking Devices?

When it comes to selecting the right device for your needs, you are clearly spoilt for choice. With a plethora of networking devices available online, one should expect to be bewildered.

Examples of such devices include:

A device that connects two or more IP networks. Essentially, a router serves two purposes: 1) It manages transmissions between networks by forwarding data packets to their appropriate IP addresses 2) It allows multiple devices to share a single internet connection.

A modem is a hardware device that allows computers, routers, or switches to connect to the internet.

A multiport device used to connect several computers via the Ethernet port.

Are Physical locations where people use Wi-Fi to access the internet via a wireless local area network with a router that is connected to an internet service provider.

An ethernet hub connects several computers together. It also acts as a repeater and amplifies signals.

A gateway in the computer networking acts as a ‘gate’ or entry and exit point between networks.

Repeaters are essentially range extenders as they forward wireless signals from a WiFi router in order to cover a larger area.

It is important to understand the features, benefits, and ideal usage of the devices. There are several devices that are suited for professional and personal uses. While working from home, you might not need all the above-mentioned devices. Therefore, choose a device that echoes your purpose.

Which Networking Device Is Right for Your Home

The internet is used for different purposes at home. Some people use it for work, others for gaming, and some for other purposes. The networking devices that are mostly required are routers, modems and hotspots.

Let's take a look at how these devices function and how they differ from each other.

Which Networking Device Is Right for Your Office?

When working from an office, networking devices such as routers, modems, hotspots and switches are largely needed. The amount of bandwidth required for devices in an office is higher due to the greater number of users.

The networking devices you will normally need in an office are routers, switches, modems, and Ethernet cables. Devices can be chosen according to the size of the organization and data-access requirements.

You can also read our blog on comfortable WFH set up to get ideas on how to setup your home office.

While there are numerous companies and brands with networking devices on the market, there are a few that stand out among the rest. Some of them are: 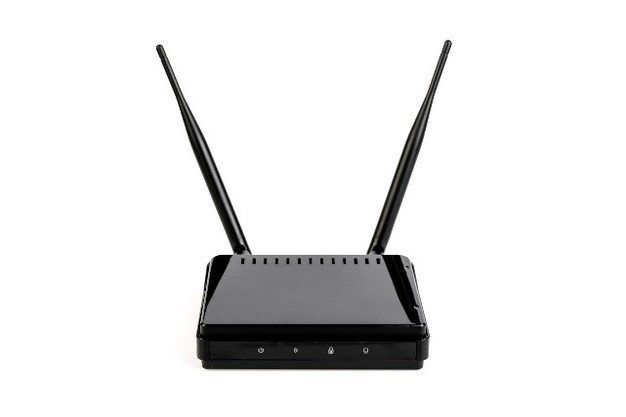 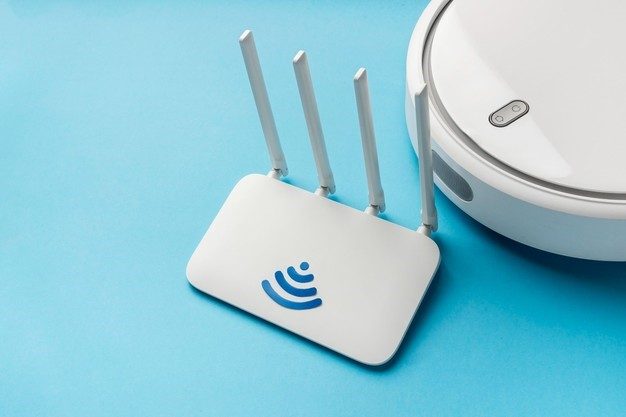 For more options, you can also browse Amazon Business' electronics and accessories category.

Points to Consider Before Purchasing Networking Devices for Home and Office:

Needless to say, speed is, of course, the first thing that we look for when buying routers and other similar devices. A number of devices are connected to the internet while working from home or in the office. In addition, smart gadgets and devices require an internet connection. The speed of the router is a major concern for buyers since there are so many devices connected to it. In other words, you really want to pick a networking device that ensures steadier and faster speed, even with many devices already connected to it.

It is also important to consider whether you have a wired or a wireless connection. In the age of technology where we are talking about wireless earphones and chargers and whatnot, you wouldn’t certainly want wires running across your home. However, prior to choosing beauty over functionality, remember that wired connections provide faster speeds because there is no interference from external factors, as opposed to wireless connections.

Other factors that could determine the speed factor are the number of antennas, the maximum speed of the router, and the bandwidth of the router.

There is always the expectation that no matter how many devices we are connecting to the internet, our routers or modems must offer the fastest speeds. Apart from laptops, desktops, and mobile devices, smart devices, which are slowly and surely entering our homes and offices, also require an internet connection. In such a scenario, it would make sense to select a networking device that can support multiple devices and connections. You can check out the D-Link DIR-825 AC 1200 Wi-Fi Dual-Band Gigabit (LAN/WAN) Router that supports up to 20 devices.

Range is basically the total area where your router can send signals up to. Placement of the device plays a significant role in this matter. While placing a router, it must be placed at some central location of the house or the office so that it can send signals across all the locations. In case you already have a router with a lower bandwidth, you can use an extender to amplify the range.

Whether or not working from home, networking devices are still required in houses for better speed and internet connections. With a large number of devices available online, finding the right one can be an uphill task. To help you out, here is a guide you can refer to before making any purchasing decisions.

The number of people using the internet at work is undoubtedly higher than those using it at home. Most offices are in need of devices that will ensure a smooth working environment. Although there are many options available online, here is a quick guide that you can use before purchasing the devices.

As we've discussed features and usage, let's move on to the next important determinant that comes into play when purchasing these devices and that is budget. While most of the new devices offer lucrative features, they are also quite expensive. Moreover, the requirements at home and at work are unalike.

Depending upon your requirements, you can choose the devices that best fits your budget and gets the work done decently.

Speaking about budget, all the products available on Amazon Business come with GST invoice. So, buyers can claim input tax benefit by purchasing from Amazon Business. 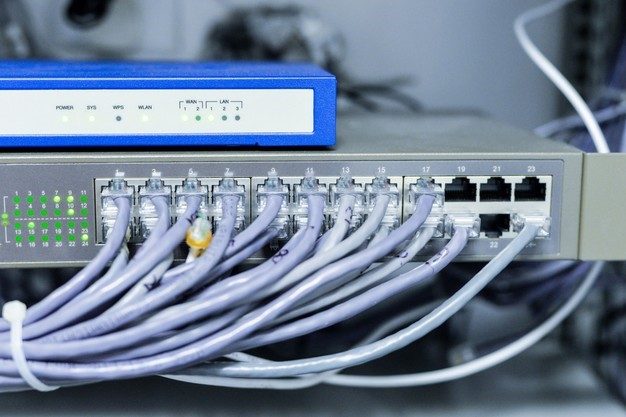 Offices need good-quality networking devices for seamless internet and intranet connectivity. Since the market is flooded with products from different manufacturers, it becomes crucial to find the best one. With that said, the pricing of the product also pays an essential role in determining value for money.

Besides, one should keep in mind his or her need. For example, paying a premium for a router with wider range may not be a wise move if you have a compact home office. You may also not need a repeater in networking in offices. However, for large office spaces or small business to manage WFH, range extenders may prove more valuable investment than multiple switches and routers.

If you want to procure top-quality networking components and hardware, browse through the host of electronics and accessories available on Amazon Business. You can also purchase other office essentials at a competitive pricing from Amazon Business. It is the largest online marketplace that has everything you need.

Need to purchase in bulk for your business?

Write to us at: buybulk@amazon.com for assistance