Big discounts on all products + extra cashback on your purchases. Register Now to explore the limited time deals!

We have become almost dependent on our electronic devices like our phones, laptops, etc., to fulfill our essential daily needs. Whether checking emails in the morning or working on an assignment, people rely on their devices. But due to our busy schedules, it’s not always easy to remember charging these devices before leaving our homes.

Why Do You Need to Buy a Power Bank?

Nothing is more terrifying than your phone running out of juice in the middle of a busy day. In such a scenario, only having the best power bank in India can address your charging woes. Power banks are portable, can charge multiple devices like phones, tablets, and cameras, anywhere, at once, and are pocket-friendly. 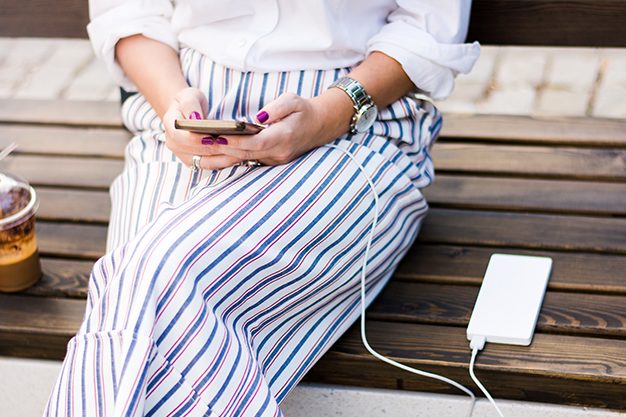 Things To Consider Before Purchasing a Power Bank

With the ever-growing technological advancements, the need for intelligent, convenient devices has risen. A power bank is one such device that has seen a drastic rise in its demand. However, getting one’s hands on the best power bank in India is not easy.

With a plethora of options available, it is very easy to get confused. That is why this article seeks to explore some essential points that buyers might find useful in finding the best power bank in India.

The unit mAh (milliamps hour) indicates how long the power bank can deliver a certain amount of current (mA). Essentially, mAh indicates the battery capacity; the higher the mAh value, the better it is. A power bank with higher mAh can charge your devices more often.

For example, if you have a smartphone with a 5000 mAh battery inside, a 10000 mAh power bank can fully charge your device twice. With that said, some electrical appliances require a higher capacity charger as they consume more power. So, to charge your laptop, you would preferably need a power bank of 40,000 mAh or more.

The best power bank in India would be the one that comes with a relatively higher battery capacity. A 30000mAh power bank usually allows you to charge multiple devices at once. Moreover, some power banks contain five to six ports, like a quick charge port, multiple standard USB ports, a USB-Type C port, etc.

Although they can be heavier and larger than the power banks with lesser battery capacity, you can charge multiple devices at once. It is ideal for frequent travelers, photographers, college students, and others.

The power bank’s battery capacity usually determines its charging time. Then, there is the charging technology, the power adapter, etc. It can take almost three to eight hours to get it fully charged, depending on the type of power bank. Usually, the more the capacity of a power bank, the longer it takes to get it recharged.

The best power bank in India should ideally support fast charging. You should be able to rapidly charge the power bank and also the device using the power bank. All things considered, a standard 3000 mAh battery should not take more than one and a half hours to be fully charged by a power bank.

Always try to get a power bank with LED indicator lights as they indicate the battery level and charging status of your device.

Explore the range of electronic items on Amazon Business to get the best product at the best price.

Power bank specifications are basically the features and technical know-how of the working mechanism of a power bank. It is important for the buyers to understand the specifications to determine which one is the best power bank in India.

We have highlighted some of the important specifications to help you understand.

Power bank batteries lose charge as they recharge more and more electronic devices. The percentage of charge remaining is called the conversion rate. Generally, the best power banks in India have a conversion rate of 90% or greater.

It represents the number of USB slots available in the power bank. Power banks with multiple USB slots allow you to charge multiple devices simultaneously.

The best power bank in India should ideally feature LED indicators pointing out the status of the battery and charge of a device.

Generally, power banks come with a pre-installed safety mechanism to protect the device against overheating, short-circuit problems, voltage issues, and so on.

The Power Bank and its working technology

Power banks are sophisticated electronic circuitry designed to be charged and then charge other electronic devices. They are designed to guarantee the prevention of overheating, overcharging, and safe passage of current to other devices. The current is passed from a wall outlet through a charger into a power bank, where it is stored. Later, the current is passed on to the device from the power bank when required.

Multiple brands are claiming their products to be the best power bank in India. In the world of technology, nothing is a rightful claim until the devices prove themselves. However, having some premium features separates the best from the rest.

By simplifying the operations of a power bank, we hope to help the readers choose the best power bank in India. We intend to help you make an informed decision. For corporate houses seeking to buy power banks for their employees, visit Amazon Business.

Making bulk purchases from Amazon Business is effortless. One needs a free Amazon Business Account to benefit from exciting discounts and cashback offers. Businesses with GST registration could save up to 28% on GST claim input tax credit as all the products are available with GST invoices.